Home » Do I Have to Submit to Sobriety Tests at DUI Checkpoints?

Recently, there has been a huge debate over the constitutionality over DUI checkpoints, specifically whether drivers have to interact with law enforcement at a DUI checkpoint.

These heated debates have caused many Hernando County drivers to ask, “Legally, what are my rights at DUI stops and DUI checkpoints?”.

In order for an individual to understand his or her rights at a DUI stop or DUI checkpoint, one must understand the difference between the two forced interactions with law enforcement.

DUI Stop: A law enforcement officer cannot stop an individual for no reason. In order to stop a person, the police officer must have “reasonable suspicion” based on articulable, objective facts that criminal activity is afoot.

Essentially, an officer must observe certain behavior that any reasonable person would have concluded criminal activity was possibly on-going or occurred. In DUI cases, the following behavior is usually sufficient to establish reasonable suspicion:

DUI Checkpoint: DUI checkpoints are temporary, pre-arranged locations at which law enforcement stop every driver that approaches the checkpoint. Reasonable suspicion is not required, because the officer indiscriminately stops each driver.

At both DUI stops and DUI checkpoints, the officer may ask drivers, whom they suspect are driving under the influence of alcohol or drugs to submit to field sobriety tests or BAC tests. In the state of Florida, law enforcement may request the following tests:

Can I Refuse these Tests?

Knowing the difference between a field sobriety test and a BAC or chemical test is important when making a decision to refuse to take such test. An individual can refuse a field sobriety test. In most instances, it is actually recommended. The officer’s dash cam video and the officer’s testimony regarding the test can be introduced if trial is necessary. Refusal to take these tests takes away most of the prosecution’s evidence.

BAC or chemical tests are completely different. An individual may refuse to submit; however, refusal to submit has consequences. Florida is an “implied consent” state. This means that by virtue of driving on Florida’s roads and highways, an individual consents to chemical testing if suspected of DUI.

Whether you should refuse or submit to field sobriety testing depends on the individual facts of your case. On average, I would recommend to perform the field sobriety tests, but refuse the breathalyzer test if the driver has consumed alcohol.

If you are facing criminal charges in Hernando County or the surrounding areas contact Attorney Ashley Aulls and The Law Office of Ashley Aulls at (352) 593-4115 to schedule a confidential consultation to review your case. 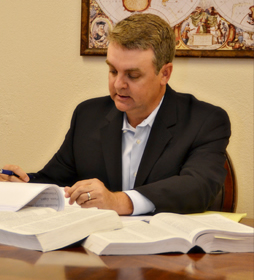